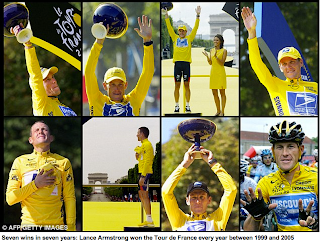 After today’s official statement from Lance Armstrong, refusing to fight any more against the USADA’s allegations – Is he Clean or Is he Dirty?
Lance Armstrong – Clean and Hunted

If he did not and is proved or not proved – WTG Mr. Ninja for showing them.
If he did and wasn’t proved – he is stronger than other dopers AND smarter.
If he did and is proved –  Can we all now go back to cleaning the mess the sport has landed in?
Personally, I don’t think I care after all these years if he did it or not.
Maybe the admission from Hansie Cronje eroded my faith on the cleanliness of professional, high stakes sports of any kind.
What do you think? Was Lance Armstrong clean or dirty?
(Visited 45 times, 1 visits today)

The Pill Culture in the life of a Recreational Endurance Athlete