After the Highlights of 2012 post, I still wanted to do a month-by-month recap of the year. (Although I realize that the only person interested in reading this would be me 🙂 )

January: Where I start the Year with a Bang 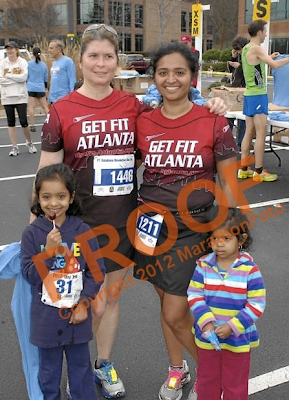 Another highlight was an awesome run I had in the San Francisco Bay Park. I went there on work and took the chance to run next to the bay. Although I was slightly nervous about running all by myself, it was gorgeous! 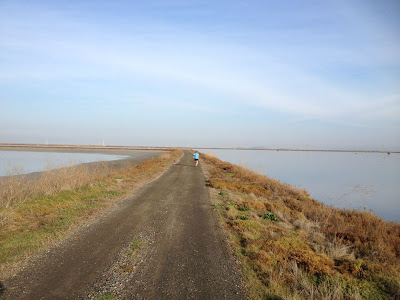 February: Where the craziness continues, before it has ended

I signed up for my 2nd Chicago Marathon (3rd overall marathon in 12 months!!). I was going to sign up for Marine Corps, but this one came up and I did! This year, I am hiding my credit cards in February.

March: Where I run my near perfect Marathon

New Orleans Marathon – THE race I’d planned for and executed to perfection. A 30 minute PR from Chicago 6 months ago. And the whole race was amazing. 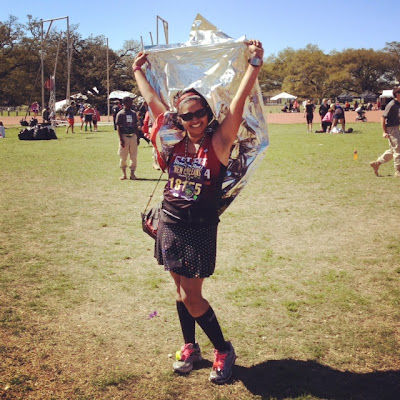 April: Where I am a Mother Runner

I was carrying my NOLA fitness into summer and feeling very confident about starting a good training season for Chicago. I was doing 11:30 – 12:00 mile runs of 6-8 miles with ease (on flat, at least).

I met Sarah and Dimity, the moms behind Another Mother Runner. I had read their books, and meeting them was absolutely awesome! (In December, Looking back at the ease of interaction that we now have on twitter, I am amazed that I met them *just* 8 months ago!!) 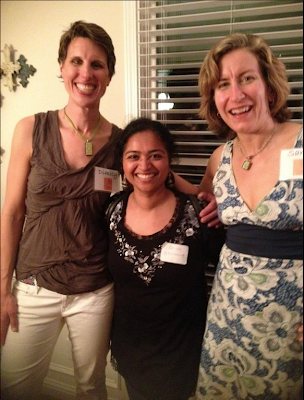 May: Where I Chill and Pack in lbs

An India Trip!! And an extra 5 lbs weight put on.

June: Where I Face my First Running Injury

A roller coaster of emotions – I start running after I get back from India and I’m “diagnosed” with Stress Fracture, which later turns out to be severe shin splits caused by tight calf muscles. New shoes and I’m on my way to training hard for Chicago. But not before I’ve spent a miserable 2 weeks in crutches and tears. 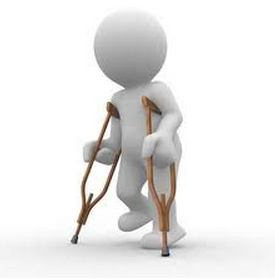 July: Where I meet the Man behind Yasso800s

I enjoy some good running as I ease back, some good advice, good friends as I wait for my family to come back from India, and some great initiation into the world of cycling at the Tour De France.

The highlight was meeting Bart Yasso, who was awesome enough to come down to our interval sessions and stay for dinner. 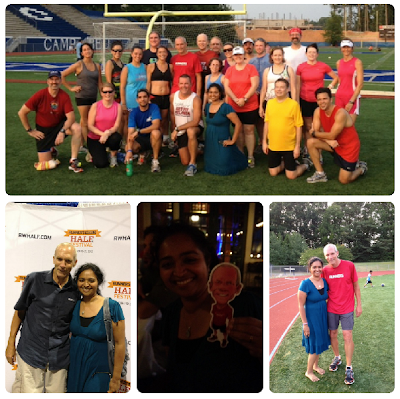 August: Where I have a Crazy Running Adventure Day with Becca

We run the Vinings Downhill 5k in the morning, where I PR at 32:16 by 35 seconds (they weren’t joking when they named it “downhill”!), and then do the Alien Haf Marathon in the night, where I have the worst time of my halfs. But we stayed together and had a super fun time.

September: Where I gain Confidence and am itching to get to Chicago

Nothing remarkable about the month, except that I have great long runs leading to Chicago. I am very very pleased with my 21 miler and I am confident in meeting my goals for Chicago marathon. The season might have had its ups and downs, but I have still put in the effort and looking forward to Chicago.

October: Where I ran a Marathon when I shouldn’t have

I fell sick a week before the marathon, with what I thought was common cold. It slowly morphed into something bigger, and I woke up the day of the marathon with chest congestion, cold and high fever – the classic Influenza patient. Instead of DNS and resting, I quack myself up to the neck in over the counter medications and run the marathon. An emotional wreck after the race, I proceed to embarrass myself and cry buckets on shoulders.

Needless to say, I don’t reach my goals. 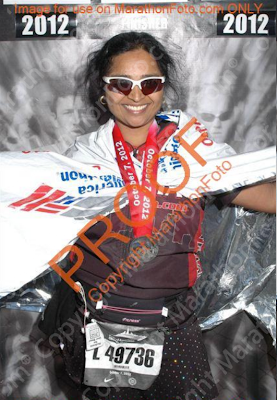 November: Where I battle Sickness and DNS Philly Marathon

The effects of running a marathon with flu carries over and the flu now becomes bronchitis. I am weak and tired and in no condition to run Philly Marathon, my plan B race. I am still stubborn and don’t want to give up (having paid for airfare, hotel and race), but getting Streph 2 weeks before Philly is the final nail in the coffin.

I write off Philly and I am secretly swearing to no marathons until I get my act of staying healthy together again.

December: Where I am Drawn into the Endless Cycle Again

I am determined to just run because I love it and not get burnt out/bogged down by miles. I start back on swimming twice a week and take up trail running, thanks to initiation by the Big Peach Running. Taking advantage of the warmer than normal December weather, I explore the trails in my backyard, never knowing that they existed.

And inspite of swearing off marathons (secretly!), and struggling with IT band issues, I succumb to peer pressure and the lure of a HUGE bling to sign up for Little Rock Marathon in March.

How was your year? Do you have a month-by-month recap?
Feel free to link your blog in the comments!