(He’s going to be totally mad at me for posting his pictures in public domain, but I’m just so proud of him!)
We drove down from Atlanta, and went straight to packet pickup. The traffic into the expo (which was on an island with just ONE road) was a mess! Good thing we left Atlanta at 9am and not at 12noon as we had originally planned! 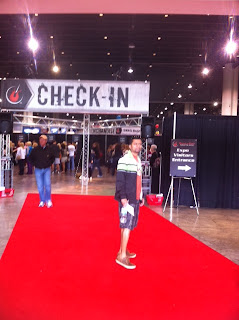 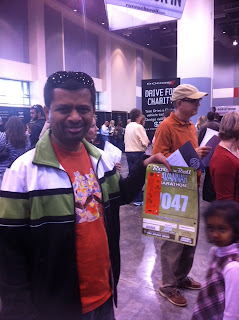 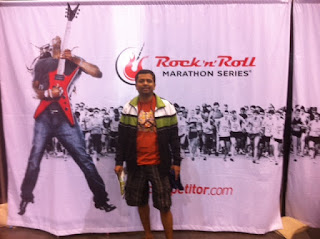 Race Day! I wrote his name on the Shirt and outfitted him with his garbage-bag windshield jacket. I think he was slightly embarrassed, but I assured him that all real runners do it. 🙂 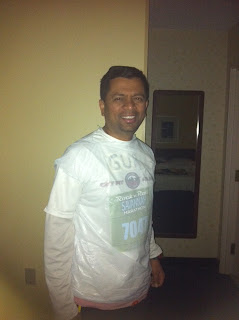 We were planning to catch him at various places, but no one at the expo knew where to direct us. With the girls, and needing to park everytime and then walk/carry them, I decided to just be at the finish.
Kidlet #2 had been up all night and was so tired out that she tried to sleep on the road while waiting for Daddy to come by! 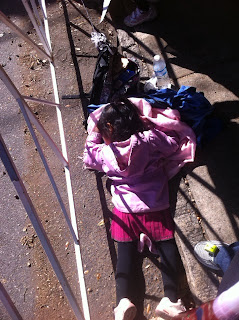 Signing My Life Away