Inspired by Today’s #dailymission over at Dailymile

What race would you most want to do, if you didn’t have to worry about any logistics (money, family, work, injury, etc.)?

Yes, I have a bucket list of marathon races in-spite of having just one year of running under my belt. And please ignore the slight fact that I have never yet run a marathon.

(Last year, after I saw “Run Fat Boy, Run”, I had a dream that I was pregnant and running London; the pregnant part is going not going to happen, so the London part better happen) – Would love 2012, but the logistics might not work out since I wouldn’t even know until Oct 9 if I really wanted to do another marathon. 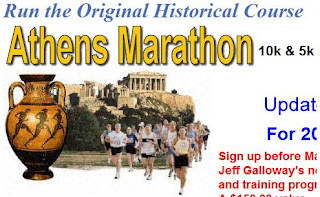 It’s the original course in Greece – Marathon to Athens. Which aspiring marathoner would NOT want to do it? Maybe I should get a 2nd job just to pay for the trip starting from $3500 airfare for the 4 of us. 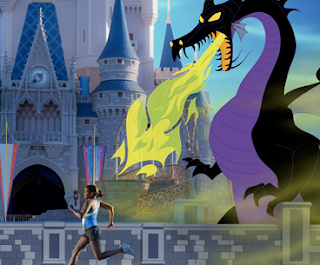 The Goofy’s Race and a Half Challenge
Must be really goofy to do this one !! Its a Half Marathon on Saturday and a Full Marathon on Sunday. Other than the endurance to be to physically(and mentally) come out alive after this challenge, a trip down to Disney is as expensive as a trip overseas !
My Plan: Goofy is in my plans in 2014. That’s when our next Disney trip is planned (My plan anyway, the husband would care less) – for the second kidlet’s 5th birthday celebrations. The Princess Half Marathon was during the first kidlet’s 5th birthday, so the next one is of course scheduled similarly.
(Visited 53 times, 1 visits today)